Morni Hills in District Panchkula of Haryana which is considered as a tourist spot near Chandigarh will soon be set up as world’s largest herbal forest. This was stated by Baba Ramdev, who has recently been announced as the brand ambassador of Haryana state by Chief Minister Manohar Lal Khattar.

According to Baba Ramdev who heads the Pitanjali Group, Morni Hills area is very rich in herbal and medicinal plants. He said that he has a team of botanists and researchers who have confirmed this. Baba Ramdev further said that he plans to make Morni Hills as the world’s largest herbal forest by planting special herbs and shrubs. All these plants will be grown and taken care of by his experienced team.

The Plan to develop Morni Hills:

According to the plan, this herbal forest would be set up at Morni near Chandigarh in the coming 2 to 3 years. It would not just be a delight for scientists and researchers from around the globe but will also help grow tourism in the state. A herbal forest will bring Haryana on the world map. With the development of herbal forest, more tourist spots can be expected in the region which currently has just one resort at Tikkar Tal Lake.

Baba Ramdev further added that around 300 varieties of medicinal plants have already been identified in the Morni Hills region and this area has the right temperature to support more herbs. The forest will come up at 52,000 acres of land.

Other things which would come up at Morni Hills:

So next time when you go to Morni Hills, you might see boards of “World Herbal Forest” on the way.

As of now, the United Kingdom has the largest herbal forest in the world. The forest named as “Kew Botanical Garden” attracts people in large numbers. Haryana Chief Minister is also by Baba Ramdev’s side and will provide all support needed to develop Morni Hills area as world’s largest herbal forest. 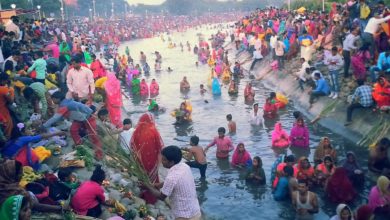