Earlier there were 2 major radio stations in Chandigarh which were competing with each other i.e. BIG 92.7 FM (Adlabs Group) and 94.3 MY FM (Bhaskar Group). But now some hotness from the “It’s Hot” brand has been added to the race. People of Chandigarh will surely enjoy switching radio stations and will stick to the one which has their favourite songs played or some interesting shows being hosted by RJs. 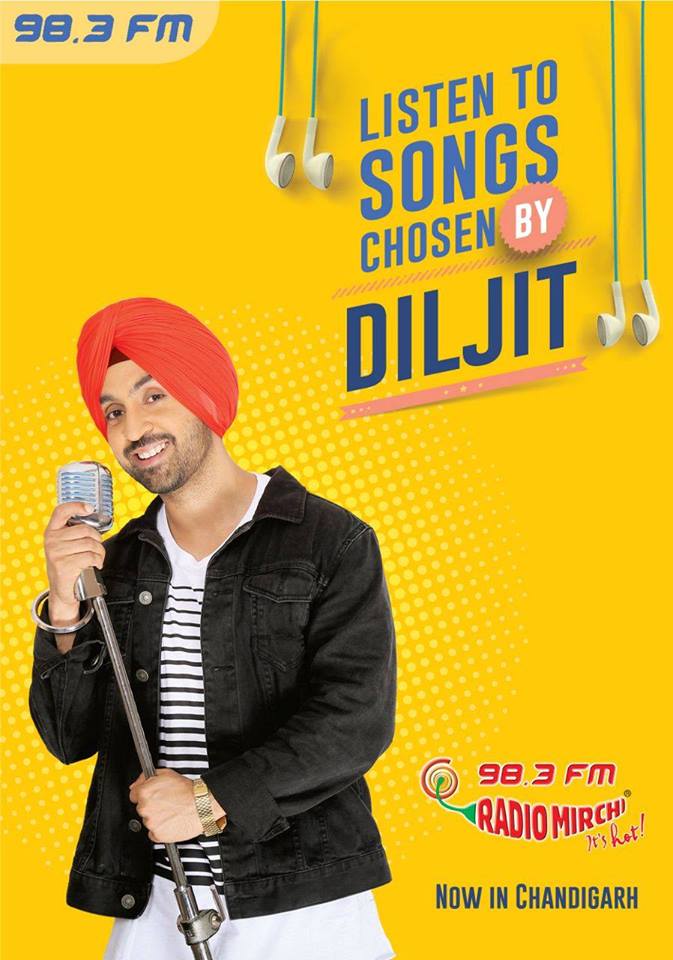 Radio Mirchi is a nationwide network of Private FM radio stations owned by the Entertainment Network India Ltd (ENIL), which is one of the subsidiaries of Times Group. After a resounding success in 32 cities of India, Radio Mirchi is now all set to rock the beautiful city Chandigarh.

Punjab, the land of joy and celebration can always relate itself with dance and music. And now, Radio Mirchi has given the city audience even more options to tap their feet on the desi as well as videsi music. The choice of songs to be played on 98.3 Radio Mirchi Chandigarh station has been selected by Diljit Dosanjh which is like an icing on the cake.

Radio Jockeys at 98.3 Radio Mirchi Chandigarh are making it an awesome radio station for the people of Chandigarh. Their shows like Apna Garh – Chandigarh, PU ke Parinde, Chandigarh Express etc have already started to be the talk of the town.

Energetic RJ Abhi, drama queen RJ Kanwar, sweet and vivacious RJ Ashi, bindaas RJ Charu and romantic RJ Sunny promise to keep Chandigarh entertained throughout the day with their sparkling wit and banter. Regular updates about what’s happening in the city and unique opinions on songs and movies are something not to be missed.

Tune in to 98.3 on the FM radio and we bet you won’t be able to change the station.