There are some who believe in ghosts and then there are those who say that there are no ghosts. Whatever you think, the fact is that this is one of the most debatable topics in the world. If we’d had to discuss this topic in regard to Chandigarh, then the city has got numerous places that are considered to be haunted.

Irrespective of whether you believe in ghosts or not, this post about haunted places in Chandigarh will keep you glued to itself and make you scroll till the end.

The places listed in this list might be a topic of debate but a simple Google search about Chandigarh’s haunted places will yield many results. Based on our research, here’s a complete list of the so-called places in Chandigarh that are haunted.

The name says it all. There’s a house in Sector 16 Chandigarh which is known as Haunted House. It tops the list when it comes to haunted places in Chandigarh. The name has been given to this particular house because of many unwanted activities. Different stories have been attached to this place, but it is believed that a student committed suicide in this home some years back, whose spirit still appears in the house. Many have tried to uncover the story behind Chandigarh’s sector 16 haunted house but it seems the mystery becomes even more complex.

Most graveyards are said to be haunted. You might think that Kasauli graveyard also might be a normal graveyard but it has a different story. Situated on the outskirts of Chandigarh, Kasauli graveyard is considered to be another haunted place near Chandigarh. Many people have felt different kind of negative energy while passing by this graveyard. Youngsters often go here during day time but it is said that it actually needs a lot of courage to pass through this area during the night. Many have attempted going there at night but the mystery remains intact. 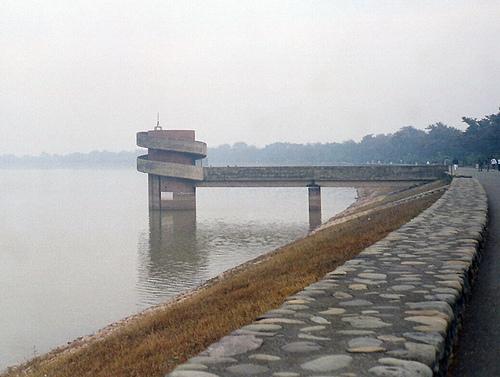 You might think that we are kidding. No, we are not. You might have heard of suicide point at Sukhna Lake. There’s no doubt in the fact that Sukhna is one of the most visited places of the city beautiful. But, it is also one of the haunted places in Chandigarh. Despite its beauty, this place has experienced a number of suicides in recent years. It is said that some spirits live in the room built there what we know as Suicide point and no one is allowed to enter the area. It is said that the entire area around suicide point is possessed by spirits and one can feel negative energy near the suicide point making it Chandigarh’s yet another haunted place.

Located on Madhya Marg (just close to Sector 16 hospital), is a bridge that is another spooky haunted place in Chandigarh. This bridge is called as haunted bridge by those who know its reality. It is said that many people of the city have seen a girl with a white apron going down the bridge carrying a lamp in her hand. Within few seconds, the girl holding the lamp disappears like anything. (Some accidents have also been reported from the area). It is said that a girl, who was a practising doctor in Sector 16 hospital has been hit by a truck on the spot around 20 years back and died. That girls’ spirit is still there on the bridge making it a haunted place in Chandigarh.

It is said that a girl, who was a practising doctor in Sector 16 hospital has been hit by a truck on the spot around 20 years back and died. That girls’ spirit is still there on the bridge making it a haunted place in Chandigarh.

Similar to graveyards, cremation grounds are also said to be haunted by the spirit of people who die early or not according to their course of death. This ground in Sector 25 sees some paranormal activity during night hours making it appear in the list of haunted places in Chandigarh. Also, note that sector 25 area has not been developed since years as compared to other areas of the city.

Chandigarh Railway Guesthouse located in Manimajra has also been said to a haunted place in the city. One of the room of this guesthouse has some creepy spirit, who peeps inside the washroom when someone is inside it. Many guests in the guesthouse has complained about this.

Yet another haunted place in Chandigarh is said to be ‘Savitri Bai Phule hostel’ at Punjab University. Lots of students living in the hostel have complained to the authorities regarding some abnormal/paranormal activities. Students have seen ghosts appearing in the windows of some of the rooms that too without heads. Number of the students have approached the hostel authorities for the same but still the mystery behind this is unsolved.