Immortal Tattoos, is one of the best tattoo studios in Chandigarh that is known for its remarkable tattooing experience in the tricity region.

Owned by Rishabh, Immortal tattoos commenced in Chandigarh from 2009. He was then known as the only tattoo artist in Chandigarh who had great skills of art and sketching. During his first job with Devilz Tattoo, Rishabh began engraving his art on people’s skin. Under the influence of Lokesh Verma and Eugene, Rishabh of Immortal Tattoos Chandigarh worked in Delhi for a few months and eventually came back to Chandigarh to re-design his artistic skills on the skins of the people of City Beautiful.

Now the half decade old, Immortal Tattoos Chandigarh aims to bring about a change in the way this form of art is perceived in our country; his focus being on the refinement in quality of tattoos. He deeply believes that every tattoo must bear a striking flair and quality that leaves a lasting impression in the eyes of the viewer. He believes in delivering customer satisfaction so that they should feel wonderful for getting inked at his tattoo studio.

The Studio at Immortal Tattoo, Chandigarh

In the heart of the City Beautiful, Rishabh opened his Immortal Tattoos studio in Sector 26, Chandigarh. The ambience of the studio is very gothic with heavy metal rock music and modern artwork on the walls. Immortal Tattoos in Chandigarh is the hub for all creative artists as the vibes in here is absolutely psychedelic; it’s loud yet quaint, bursting with colors all the artists can be seen engrossed in their piece of work.

A family of tattoo artists who love their job will leave no stone unturned to make your tattooing an unforgettable experience in his studio. Creativity flowing everywhere, artists here have full freedom to pursue their work, the way, they like it and all the artists are loved by their clients; their testimonials speak a lot about their flair for work.

Immortal Tattoos is loved by the people of Chandigarh and has successfully carved a niche for themselves in International magazines and newspapers for international conventions and have received various awards for their beautiful artworks. 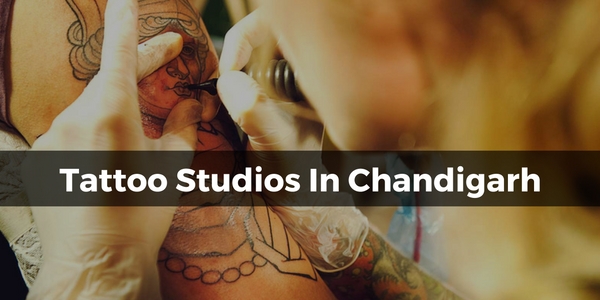