PGI Chandigarh (Postgraduate Institute of Medical Education and Research) has finally cleared all formalities to open its own chemist shop within the hospital premises. The new pharmacy at PGI will be the one such spot in Chandigarh that will offer medicines to Chandigarh residents and those visiting PGI from other parts of Punjab and Haryana at surprisingly low prises.

At present, there are many chemist shops at PGI and one of them had committed to offer over 40% discount to people. However, patients are often charged more and sometime they are even charged more than the MRP of medicines. This step to open its own chemist shop by PGI will not only check fleecing by other chemists but will also offer the cheapest medicines in Chandigarh.

This decision to open a government chemist shop at PGI was taken by a special committee which had been formed to set-up a pharmacy in the hospital. The committee, comprising of Dr. Arvind Rajwanshi (Chairman), Deputy Director of Administration Chetan PS Rao, Financial Advisor Sushil Thakur, and other faculty members, visited three institutes – SGPGI, CMC, Vellore, and Tata Memorial Centre, Mumbai – in order to study the models of operating their own pharmacies.

Details about the Government run chemist shop at PGI:

The chemist shop at PGI will employ a team of around 80 people which will include pharmacists, hospital attendants, accountants, clerks, procurement and purchase officers.

Committee has decided that the PGI chemist shop will be run with the help of funds coming directly from union health ministry. With that, a hospital revolving fund of Rs 50 crore will be set up. As and when the pharmacy starts generating revenue, money will be returned to the Government.

How much discount to expect on medicines at PGI Chandigarh?

A rough estimation according to our Chandigarh Metro team, people will be given around 50% discount on the MRP of medicines. As per the committee’s report, the new chemist shop will sell each medicine after levying only 10% of administrative charges on account of procurement of the medicine. As the medicines will be procured at a large scale, prices will come down considerably, in many cases, even more than 50%, that is, medicines will cost half the rate of MRP or even lesser than that.

Where in PGI will you find the government run chemist shop?

The project of setting up institute-run chemist shops will be executed in three phases. Firstly, one shop will be set-up inside the Nehru hospital, that is, the old OPD. Here, at least 10 sale counters will be opened where patients will be able to buy medicines at considerably lower price.

Second phase will see shops at different centres like new OPD, Advanced Eye Centre, and Advanced Cardiac Centre. In this phase, all indoor patients’ accounts will be linked to the online pharmacy by which they can get medicines and money will be automatically deducted from their accounts.

The third and final phase will link OPD doctors to the online pharmacy wherein they will send prescriptions online and patients can go and pay at the counters and receive their already-packed medicine bags.

Thus, the whole process of setting up a PGI own chemist shop will not only offer cheapest medicines in Chandigarh but will also simplify the process of prescribing and buying medicines for doctors as well as patients. It will definitely bridge the gap between the two. Also, implementation of the online process in second and third phases will ensure time saving for patients. 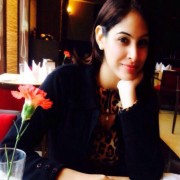