Chandigarh has some amazing open air theatres and we bet you might know about all of them. From small plays to music events and from get-together to comedy shows, these open-air theatres are the place to be.

Being a smart city and while improving on infrastructure, Chandigarh has always given preference to art and culture. That is the reason why Chandigarh has so many auditoriums – theatres and other art institutes to promote artistic talent in the city.

While you might be aware of some famous theatres in Chandigarh like Tagore theatre, here in this post we’ll be talking about open-air theatres of Chandigarh. Below id a list of major theatres that are in open air along with their location, seating capacity and other details.

Chandigarh’s Rock Garden has 2 open-air theatres within its premises. The Rock Garden is one masterpiece by Nek Chand, who built up this concrete garden secretly in his spare time. Spread across 40 acres of area, Rock Garden is made from the industrial and home wastes. The open air theatres inside Rock garden are often used for organising events, functions, and fairs. 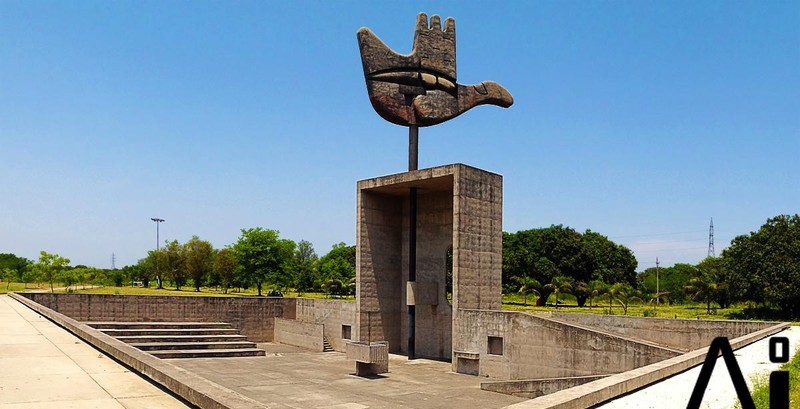 The Open Hand at Capital Complex in Chandigarh is one the world’s heritage site as announced by UNESCO. The place and the monument of open hold a symbolic reference of the architect Le Corbusier who designed the city beautiful denoting peace and prosperity.  Standing 26 metres (85 ft) high in the complex has an open air theatre to conduct large gatherings and conventions. Even the Prime Minister Narendra Modi held a yoga session there on the occasion of world yoga day over here last year.

The location known for organizing cultural activities in Chandigarh, Kalagram Complex is a superb place for artists, exhibitors, and artisans who want to showcase their talent. The complex also has an open air theatre with a pre-built stage.

Established in 1982, the Bal Bhawan open air theatre in Chandigarh is among the old buildings of Chandigarh that was in a dilapidated condition until the UT Administration intervened for its renovation work. The Bal Bhawan is governed by the Tagore Theatre Management Chandigarh and is open for people to conduct events.

This open air theatre is located in the heart of Chandigarh and was designed to offer an alternative to people of the city beautiful who cannot afford to hire Tagore Theatre. 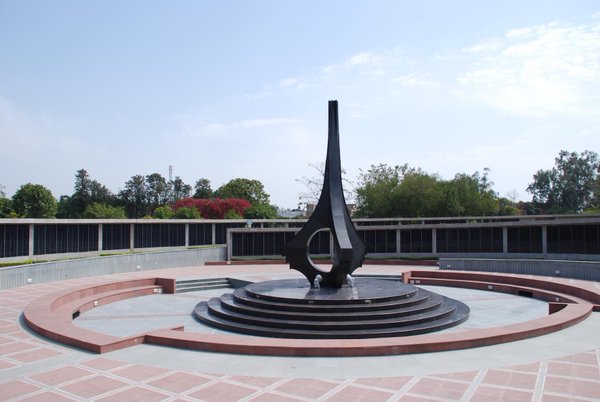 War memorial at the Bougainvillea Park in sector 3, Chandigarh is one of the largest War Memorial of India with nearly 8459 names of the Martyred Soldiers since 1947 from Army Air Force and Navy. Former President of India Dr. A. P. J. Abdul Kalam inaugurated this memorial in August 2006, which listed down the names of Martyrs from Punjab, Haryana, Himachal Pradesh and Union Territory of Chandigarh. Though the place is sacred one but it can also be used for a small event like an open air theatre.

Another open air theatre or arena in Chandiagrh is Punjab Kala Bhawan. It is also known as Punjab Arts Council. This theatre in the open has the seating capacity of 300 people and can be easily available for theatrical performances, seminars, musical performances, conferences and meetings etc at the rate of Rs.1500/- plus service tax for 3 hours. 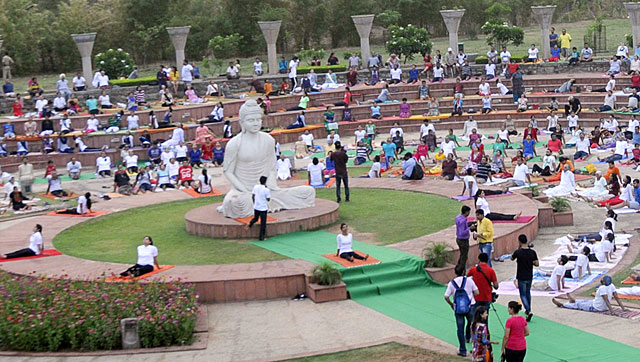 Located at the end of Sukhna Lake, the Garden of Silence is a best meditative space in Chandigarh. It has stairs made around the area and can be used as a theatre. Developed by Chandigarh Administration, the garden is best suited to conduct meditation sessions, yoga or laser light shows for large scale audience.

With a great view, pollution free environment, the Garden of Silence ranks among the best open air theatre of the city beautiful. The place is also very famous for photo shoots and has been featured in several Punjabi and Hindi movies.

Address: Back side of lake, Regulator end, Chandigarh.

Apart from these, the Chandigarh may soon get another open air theatre and it would be in Sector 17 plaza. Gazebos will alos be there and people would be able to conduct musical and theatrical events on a large scale.