Over 1200 resident doctors of PGI who were on strike from the last 2 days have finally called off the strike after an assurance from PGI Director that their demands have been accepted and would soon be met. A three and a half meeting between the PGI management and Association of Resident Doctors (ARD) came to this conclusion.

Resident doctors of PGI went on an infinite strike as one doctor was assaulted by a patient’s attendant. The incident triggered rage and anger among the entire doctor community. Our article – 1200 Doctors At PGI Chandigarh Are On Strike, Patients are Suffering & Here’s Why it’s Happening got over hundreds of comments from the general citizens (who were against the strike) as well as doctors (who thought the article to be written against them).

How the strike affected Patients 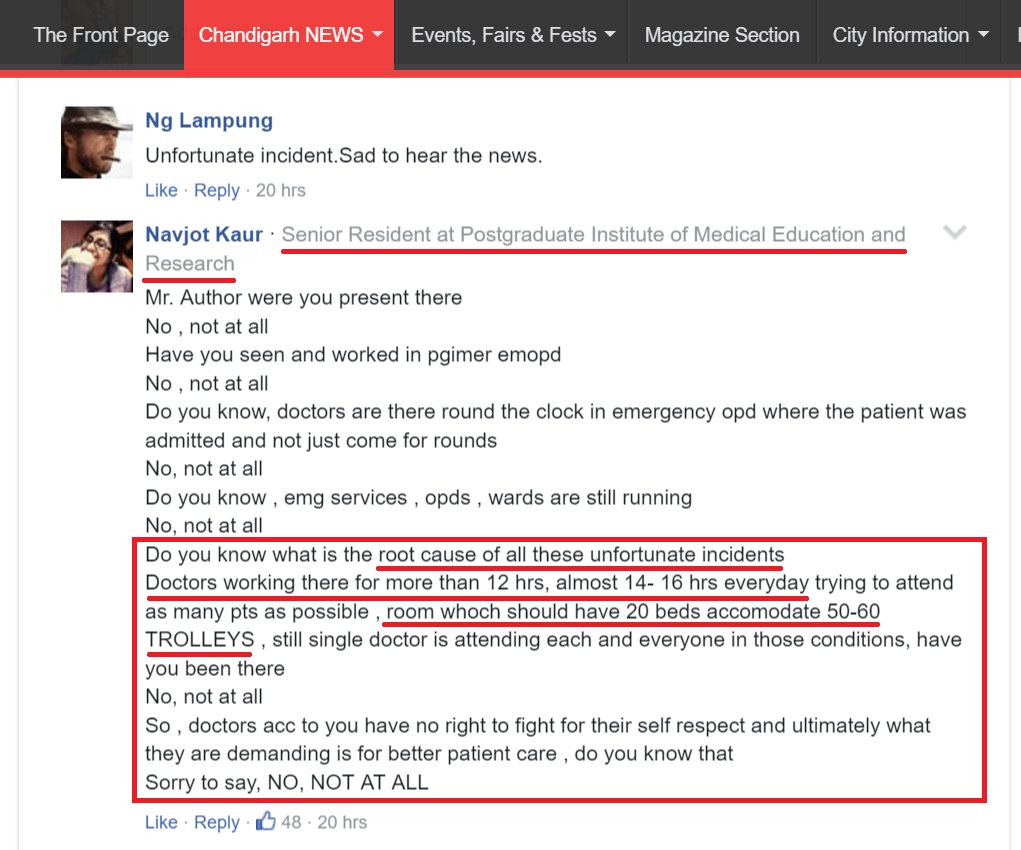 Another reply. Although, there are many against me as an author, but I still want to share these as my responsibility towards my city. 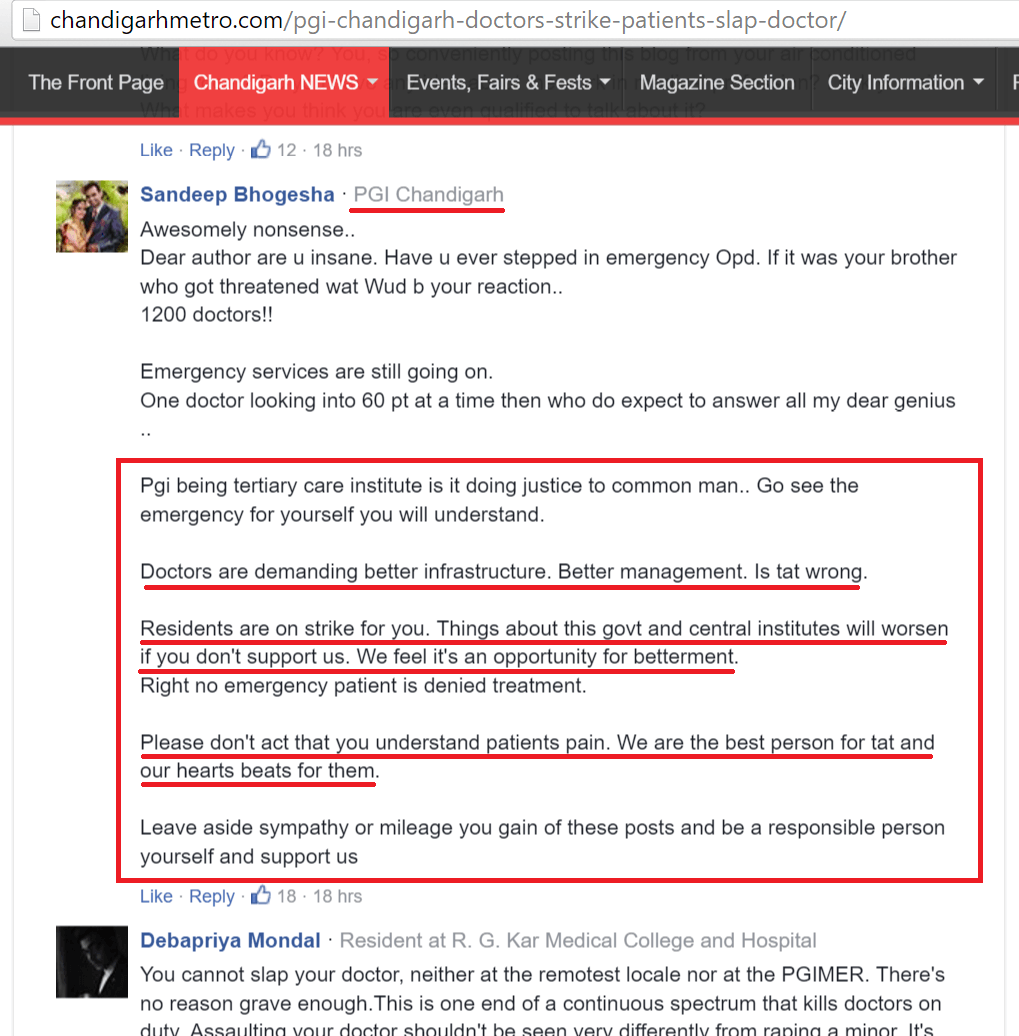 Now, when things have become normal with resident doctors returning to their duties, we would like to end this on a simple note:

We salute all doctors and the hard work they put in to save lives. The long working hours, selfless motives and all that you go through everyday of your live can never be judged or commented upon. Serving humanity is the most noble cause on this planet and Chandigarh was, is and always will be proud of PGI. We wish all your genuine demands be worked upon by the concerned officials. The city and its patients can only be happy if the doctors are happy – Ajay Deep.