A train dedicated to Science and Technology named Science Express is currently in Chandigarh. The Science Express train which is carrying the theme of Climatic Action and aims to spread knowledge on the topic of climate change among Indian citizens will be stationed at Chandigarh Railway Station for 2 days – 12th & 14th March, 2017.

Open to public, anyone can go and have a look at this train that consists of 16 coaches painted white from the outside and an exclusive exhibition inside. People can get a chance experience new innovation in science and technology field.

What’s there in Science Express Train?

You have always dreamt going to ‘Palace on Wheels’, but here is the chance to enjoy ‘Science on Wheels’ in Chandigarh. The 2 days will be like Science exhibition on Chandigarh Railway Station with ‘Science Express’.

‘Science Express’ has reached Chandigarh on 12th March and will be at the Chandigarh Railway Station till 14th March 2017. 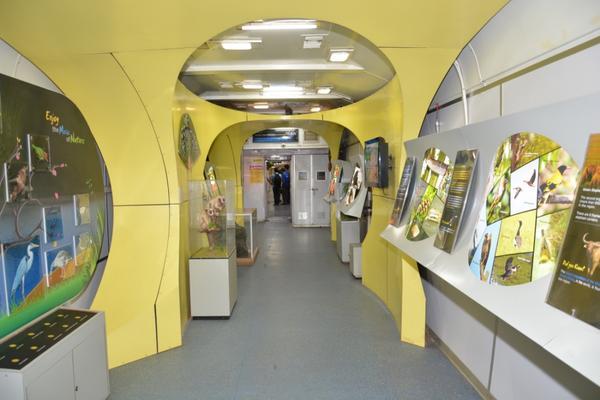 About Science Express and its journey

Science Express is a mobile science exhibition initiated by Department of Science & Technology of Govt. of India. The motto of the initiative is to raise an interest of the young people in the field of Science & Technology. It was launched on 30th October 2007 from Delhi Safdarjung Railway Station and has completed its 7 Phases. Science Express has now started its Phase 8 and for 2 days it has reached Chandigarh in this Phase of its journey.

Till now Science Express has travelled to Hisar, Taran Taran, Dhuri, Nangal Dam, Sirhind. And after Chandigarh, it will continue its journey to Bihar, Odisha, and other states and end up the journey on 8th September 2017 at Gandhinagar Station.

The train is awaiting your presence to take you to a gleeful journey of Science and Technology on wheels. Head towards to Chandigarh Railway Station with your family, children or friends to make use of it.